Watch Scooby-Doo! Mystery Incorporated Season 1 full episodes online free watchcartoononline.
Synopsis: Fredrick “Fred” Jones, Jr., Daphne Blake, Velma Dinkley, Norville “Shaggy” Rogers, and Scooby-Doo make up the team of teenage mystery solvers who live in a small town called Crystal Cove, the self-proclaimed “Most Hauntedest Place on Earth”. The town’s long history of strange disappearances and ghost and monster sightings form the basis for its thriving tourist industry, and as such, the gang’s parents and some people (mostly Mayor Fred Jones Sr. and Sheriff Bronson Stone) are not happy that their children are debunking all the supernatural goings-on that bring in so much revenue as the overwrought schemes of charlatans and criminals. In addition to the traditional cases they always solve, the team finds itself being nudged into the uncovering of a dark secret that is hidden in the past of Crystal Cove, covered up by parties unknown. 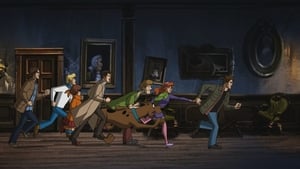 Kong: King of the Apes Season 1